What are the privacy laws surrounding residential school records? 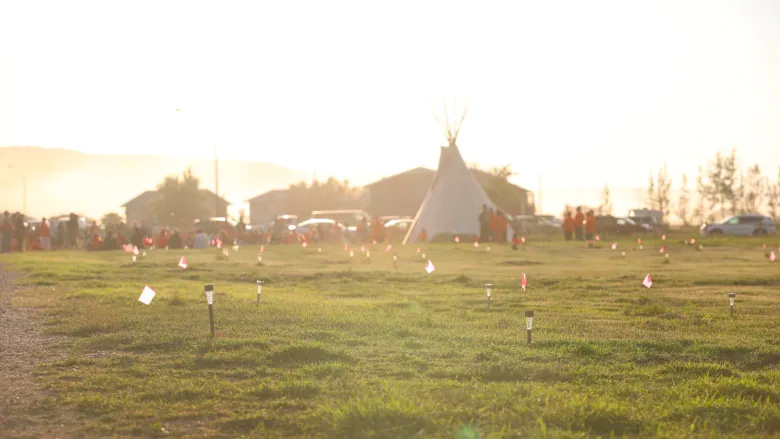 A Catholic order that operated dozens of residential schools in Canada says it is seeking external advice to navigate privacy laws that could affect the quality and comprehensiveness of records it has committed to making available.

Fr. Ken Thorson of the Missionary Oblates of Mary Immaculate said the files in question are personnel records that contain information that could identify individuals, including people who worked at residential schools.

He said privacy laws may prevent the Oblates from releasing those records, but the organization is now looking into whether some disclosure may be possible.

“Our main concern now is the truth,” Thorson said on CBC’s Power & Politics.

Thorson said releasing the documents now could help ensure that Indigenous groups have “adequate and responsible access to the history that may be contained, at least in part, in those personnel files.”

The Cowessess First Nation announced last week the preliminary discovery of 751 unmarked graves at the site of the former residential school.

The Tk’emlups te Secwepemc First Nation said last month that a preliminary scan had detected the remains of an estimated 215 children near the former residential school in Kamloops.

The Oblates already have made a “formal commitment” to release records associated with those schools, but Thorson said during his interview on Monday that the legality of releasing personnel files is unclear.

Information of that nature is often protected by various federal and provincial privacy laws intended to protect employees.

Indigenous groups, including the Federation of Sovereign Indigenous Nations (FSIN), have criticized the Oblates for failing to deliver on past promises to produce residential school records.

The FSIN has said it will explore legal action if the Oblates prolong the release of the records or withhold information.

According to the Office of the Privacy Commissioner of Canada, the disclosure of personnel information should “normally be done only with an employee’s knowledge and consent.”

Thorson said the Oblates are consulting with privacy experts to see if it can release those records without breaking the law. He also asked for guidance from government officials.

“Perhaps privacy commissioners at the federal and provincial level [can] help us find the way forward,” he said.

“We want to find a way to make that available to the Indigenous communities. And so that’s why we’re looking for guidance.”

Other records associated with the schools may be released within three to six months, or possibly longer, Thorson said.

He attributed the delay in part to difficulties in digitizing the records.