“I Find This Appalling”

What are the privacy laws surrounding residential school records? 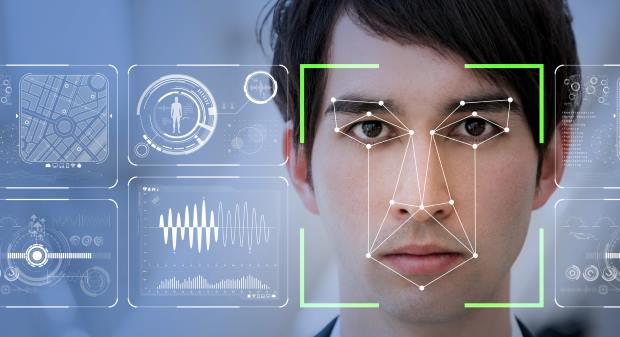 The federal Liberal Party must give a more detailed explanation of how a facial matching system being used for online party constituency nominations works to understand if it will violate users’ rights, says Ontario’s former privacy commissioner.

“There has to be full transparency,” Ann Cavoukian said in an interview this morning, pointing to the absence of details around the application being used by the Liberals to confirm participants’ identities for nomination meetings.

That includes if personal data is captured, and where it will be stored.

Early descriptions of how the application works sound similar to a one-to-one image matching system, Cavoukian said, where a person’s selfie is compared to a photo on a government-issued ID like a driver’s licence.

Such systems are more accurate and give her less concern than so-called one-to-many facial recognition systems used by police, which try to match a suspect’s image to a database of thousands of photos.

“I have been extremely critical of one-to-many facial recognition because of the high incidence of false positives,” she said. But, she noted, one-to-one facial matching tend to be more accurate.

Cavoukian’s comments – she now heads the Global Privacy and Security by Design Centre – come as the Canadian Civil Liberties’ Association this week sent a letter to the Liberal Party of Canada (LPC) expressing “condemnation” for the use of what it calls a facial fingerprinting technology to verify the identities of participants to online constituency nomination meetings.

According to a Liberal Party explanation, meeting participants have two ways of verifying who they are:

But the CCLA says the technology impacts the privacy rights of participants and takes unfair advantage of the exemption of political parties from Canadian privacy laws.

In addition, using Jumio “sends the wrong message to municipal, provincial and federal election officials that this [facial matching] technology is ready for prime time.”

“By using it for the purposes of nominating candidates for a federal election, LPC is tacitly endorsing an unreliable, racist technology. Facial fingerprinting, or facial recognition technology (the descriptions are interchangeable, in our view) is highly contested in Canada, and elsewhere,” their statement read. “There is widespread social consensus emerging that the technology has the potential to be so privacy-invasive that its use requires careful consideration in a democratic, rights-respecting nation. This is particularly the case given the documented discriminatory impacts of many such tools. That is why CCLA has long called for a moratorium on its use pending regulatory reform to fill the current void. “

Earlier this month, the CCLA notes, federal privacy commissioner Daniel Therrien tabled a special report to Parliament with draft privacy guidance for police officers on the use of facial recognition.

The report doesn’t call for a ban on facial recognition, but the guidance they provided indicates it has the potential to be “a highly invasive surveillance technology.”

“Used responsibly and in the right circumstances, [facial recognition] may assist police agencies in carrying out a variety of public safety initiatives, including investigations into criminal wrongdoing and the search for missing persons,” the commissioner’s report said in part.

Among the unanswered questions, the CCLA says, are what the application’s accuracy rate is, whether its accuracy is the same for persons of colour and whether any images or data are stored by Jumio.

IT World Canada has asked the Liberal Party of Canada for comment. No response was received by press time.

But The Globe and Mail quoted Liberal Party spokesperson Braeden Caley as saying that as soon as a nomination voter is verified, the associated information is deleted immediately and automatically, and not retained by either the party or Jumio.

The Office of the Privacy Commissioner issued a statement saying that generally, it does not have jurisdiction over federal political parties.

“Our office has repeatedly called for federal political parties to be subject to legislation that creates obligations based on internationally recognized privacy principles and provide for an independent third party authority to verify compliance. We strongly believe that privacy laws should govern political parties to better protect both privacy and democratic rights.

The privacy commissioner has been critical of facial recognition application provider Clearview AI, which had been used by several police forces. But, the statement added, “based on information on the company’s website, it appears that Jumio’s technology functions quite differently than that of Clearview AI. It appears to involve one-to-one comparisons of faces in the context of authentication and verification, versus comparison of an image to a mass centralized databank.”