Privacy Expert Dr. Ann Cavoukian on Why Your Company Must Value Data Security 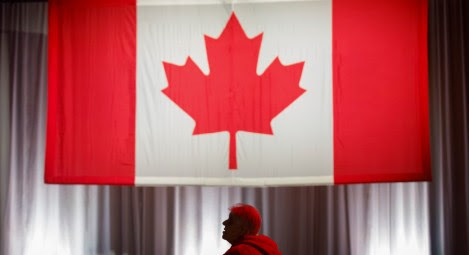 OTTAWA — Canada’s privacy watchdog says it’s time for public debate on the issue of voter privacy and federal political parties, which still fall outside the reach of federal privacy laws.

Privacy Commissioner Daniel Therrien told POLITICO in an interview that the recent Cambridge Analytica/AggregateIQ case has demonstrated how the mismanagement of personal data can impact citizens’ democratic rights.

In particular, Therrien said political parties’ microtargeting of voters is “certainly an issue of great concern.” The technique is used by parties to reach narrow segments of the electorate.

He said, however, that the Trudeau government has resisted his long-standing demand for federal political parties to be subjected to the Privacy Act, arguing it would hamper the ability of candidates to connect with voters.

Asked if there was a need to ban or enforce a temporary moratorium on political microtargeting, Therrien said he’s not quite ready to call for a prohibition.

“It’s highly desirable that privacy laws apply to federal parties, but there should be a debate in society as to whether privacy laws might impede the communications between politicians, candidates and electors,” he said.

“I doubt that microtargeting is necessary (for political parties) to engage with electors. But I’d let that discussion unfold before I take a definitive position.”

Therrien released an annual report earlier this month that reasserted his arguments about the need to upgrade Canada’s privacy laws. It arrived as the reelected Liberal government prepares its policymaking plans for the new year.

Prime Minister Justin Trudeau’s Liberals won the October election on a platform that pledged to bolster privacy protections for Canadians with vows that included a promise to give Therrien’s office more powers. The campaign commitments, however, made no mention of extending Canada’s privacy laws to federal political parties.

In his Dec. 10 report, Therrien said political parties are gathering troves of personal information on voters using microtargeting techniques. “Such actions demonstrate the inextricable link between privacy and democracy,” Therrien wrote. ”Specifically, it reveals how personal information about us can be used to sway our thoughts and actions, and, in turn, undermine our democratic processes.”

On privacy in general, Trudeau has acknowledged that Canada has work to do to improve data protection in the digital age, a warning that came after a high-profile breach put the personal information of up to 40 percent of his country’s population at risk.

The Liberals’ hold on power was reduced in the election to a minority mandate, which means Trudeau will need the support of at least one opposition party to pass legislation and to keep his government alive.

The new parliamentary environment will provide an opening for opposition parties to push for more privacy reforms.

Ann Cavoukian, the former Information and Privacy Commissioner of Ontario, said she hopes the minority Parliament will lead to stronger protections.

“It’s appalling,” Cavoukian said when asked about the federal privacy law that doesn’t cover Canada’s political parties. “Privacy forms the foundation of our freedoms. You cannot have free and democratic societies without a solid foundation of privacy.”

The data operations, however, of federal political parties do fall under privacy laws in British Columbia, according to a ruling earlier this year by the province’s privacy watchdog.

The decision could put B.C. Privacy Commissioner Michael McEvoy in a position to launch a probe of federal parties. McEvoy was not available for an interview on the subject.

Therrien said he welcomes McEvoy’s position that his provincial law applies to all organizations, including federal political parties.

“I think that’s a good development for privacy protection,” said Therrien, who worked with McEvoy on the Cambridge Analytica/AggregateIQ probe.

“That said, it is not optimal, I would say, that federal parties would be governed by provincial law and not by federal law. It’s not intuitive.”

Therrien added that with no jurisdiction over federal parties there would be little room for his office to pitch in on any investigation in a formal manner, beyond general discussions.